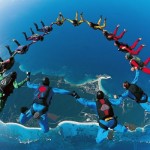 Role versus Job Title. This is an important topic discussed throughout Frederic Laloux’s book and which I have always been very sensitive to. The book described really well how this distinction is of utmost importance for any Teal organizations to thrive. And in particular how it allows self-management to deliver on its promise.

First, what is the issue with job titles?  Well, simply put, and all to often, job titles and how we get attached to them will satisfy the ego and separate us from others.  Instead of serving our wholeness as described in the first post of this series.

Let’s  have a look at how Frederic Laloux depicts it.

In most organizations, especially of the Orange sort, job titles are a currency for status. Like all currencies, job titles are subject to the law of inflation. In many companies, they seem to swell and multiply—there are vice presidents, senior vice presidents, executive vice presidents, junior or senior directors, and ever more types of chief officers. It is a common expectation, in the Orange worldview, that people will work hard to achieve the next promotion and a bigger title. From the Evolutionary-Teal perspective, job titles are like honeypots to the ego: We can quickly get attached to our job title if it carries social prestige, and we can easily fall into the trap of believing we “are” our job identity. And in a hierarchical system, it’s all too natural to start considering that we are somehow above certain people and below others. Unsurprisingly, Teal Organizations mostly do without job titles”

And our attachment to job titles can lead to attitudes and behaviors that can separate us further.

What if instead we could think of our job as filling a collection of roles.

For instance, if I look at my current job, I could see myself filling different roles:

You can start to see the difference with my current title which would be something like « Europe Middle East and Africa Field Chief Technology Officer ». Yes, it may sound like a great title, but one need to be vigilant in order not to fall into the trap highlighted above : identifying ourselves to our title and aligning our attitude to it, and starting thinking and behaving accordingly. In other words, the trap of putting ourselves on a nice pedestal which the ego will absolutely enjoy !

When we are asked what we do professionally , more often than not, we will say: “I am a VP” , a Sales Engineer, an Account Manager, … There is a kind of « fusion » between the position we hold, our job title, and who we think we are, our identity.

Without a job title, it becomes that much harder to merge our identity with our position. This fusion is commonplace today.  Part of us believes that is really who we are, and. In the absence of job titles and job descriptions, we are more likely to see ourselves and others first and foremost as human beings that happen to put our energy into specific work roles during a period of time”

Instead, Teal Organization will look at the workplace as a kind of a « role marketplace ».
People don’t have a job, but fill a number of granular roles. On a side note, Holacracy, which I will discuss in a later post, has defined the process by which roles are defined, created, removed or traded.

“Because roles in self-managing organizations are defined granularly, it can be quite easy to trade roles within a team. A person that is very busy can ask colleagues to pick up one of her roles, temporarily or permanently. A team member that wants to learn a new skill can ask a colleague to trade a corresponding role toward that end. <…>. At any point in time, thousands of people would be involved in task forces, picking up technical and leadership skills from more experienced colleagues.<…> Thinking in terms of granular roles instead of pre-defined jobs creates great fluidity and adaptability. People can give up one role and take up another without needing to go through the cumbersome and often political processes of appointment, promotion, and salary negotiation”

“With roles, it does not mean that everyone is equal, that all jobs are the same. Some roles have a rather narrow scope while other roles take a broader perspective”

“Does this mean there are no bosses in a self-managing organization? Quite the contrary. Every role people take on is a commitment they make to their peers. They are not accountable to one boss; every one of their peers is a boss in respect to the commitments they made. Anybody can put on the hat of “the boss” to bring about important decisions, launch new initiatives, hold under-performing colleagues to account, help resolve conflicts, or take over leadership if results are bad and action is needed”

And the beauty of this is that this is how you can really start to empower everyone in your organization. Modern organizations keep talking about empowerment, but when you go and talk to friends and people you know  about their experiences, you quickly realize very little is done to actually make it happen. With roles, team members can be exposed to various challenges and opportunities, stretch themselves and, through experience, grow professionally and personally. And put their entire soul into what they do !

And this is the striking paradox that Frederic Laloux so beautifully highlights in his book:

It is another great paradox of Teal Organizations: on the one hand, they invite us to dissociate soul from role—who we are from what we do. And, in a beautiful paradox, this allows us to fill our role with more of our true identity. With no job description, with no one telling us how to do a particular job, we might as well do it from our own selfhood, and infuse it with our unique personality and talents”