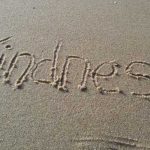 As I wrote in “Ecological Leadership” a while back now, business is largely dominated by ‘left-side brain‘ perspectives. Business management practices such as performance management, strategic planning, financially driven strategies and plans, productivity driven initiatives are just few examples.  They have been proved to «work» in recent decades and produce short-term results but they are often «cold» and dehumanizing.

This has produced some unfortunate collateral damages over the years, but it is now time to consider something radically different. I am not saying we should get rid of the practices above as we need them to a large extent (but not always !), but we now need to supplement it with more right-side-brain thinking so that we can find a sense of purpose, connection and growth in our workplace. That will drive higher level of performance, tangible and less tangible. Revenues AND engagement, customer satisfaction AND inclusion, productivity AND renewed creativity and innovation, …
What do we do to keep our human capital alive, rejuvenated, healthy, inspired and engaged. Very little, I am afraid. Almost as if we could not see any direct link between a team’s engagement and business results and productivity!

And here comes a very interesting project Google led earlier this year with the goal to know the secret to building more productive and stellar teams. 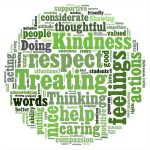 The project, known as Project Aristotle, took several years, and included analysis of data about the people on more than 100 active teams at the company.
Google’s data-driven approach ended up highlighting what leaders in the business world have known for a while; the best teams respect one another’s emotions and are mindful that all members should contribute to the conversation equally. It has less to do with who is in a team, and more with how a team’s members interact with one another.
The answer is simple yet profound: it turns out that the secret of teamwork is being nice to people.
Here are a few key components of Google’s secret to teamwork:

– Team dynamics are more important than team makeup: Many managers might think that a great team “just happens” if you get the right people with the right skills and personalities in the right jobs. But according to Google’s research, the strength of a team has less to do with which people are on the team, and more to do with how the team interacts.

– Respect and collaboration: The best teams tend to respect each other’s feelings and create safe spaces for open conversation where everyone can feel comfortable contributing. Productive teams are good at making an effort to understand and relate to each other – and this starts with simple respect and open communication.

– Psychological safety: Are people on your team comfortable with making themselves vulnerable, sharing what’s really on their mind, confiding in each other, and pausing the conversation to ask for clarity? Or is your team more tight-lipped and tense? The best teams cultivate a feeling of “psychological safety,” where no one is worried about feeling embarrassed or bullied, and where people feel safe asking questions and proposing the “craziest” ideas. When team members feel safe, accepted, and understood, they are able to feel more comfortable sharing ideas and taking risks.

At the heart of Google’s findings, is the concept of “psychological safety”, a model of teamwork in which members have a shared belief that it is safe to take risks and share a range of ideas without the fear of being humiliated.
Google now describes psychological safety as the most important factor to building a successful team.

There were other behaviors that seemed important as well — like making sure teams had clear goals and creating a culture of dependability. But Google’s data indicated that psychological safety, more than anything else, was critical to making a team work.”

In short, just be nice and kind ! In the best teams, members listen to one another and show sensitivity to feelings and needs.

According to Google’s research, great teamwork is not a matter of talent; it’s a matter of creating a safe space for people to practice kindness, respect and empathy for their teammates. Productivity comes from mutual understanding – when people trust their teammates to be on their side, they’ll be ready to do great things.
However, establishing psychological safety is, by its very nature, somewhat difficult to implement.
We will discuss in a next post how we indeed can help to foster that kind of environment and behaviors.