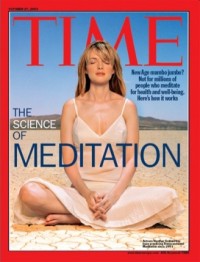 We have all heard mindfulness or meditation provide many great benefits: less stress, better health, stronger body, more creativity, stronger resilience, etc, etc, …
But in today’s world and society, what I have seen is that people want proofs before getting into anything. Show me it works, bring me the evidence first and then, I will consider whether this is good for me to try it! And even more so in the corporate world, infused by data and technologies!

Interestingly, in the wake of the highly studied field of neurosciences, there has been a very large body of work around mindfulness and its effects. As a matter of fact (and I am not an expert here), I have read that this has been one of the most studied fields in the past 15 years. Effects on the brain, on the emotional intelligence, the mind, on our performance, health, our relationships to others, parents and children, etc, etc ..

In this post, I have selected few studies I find particularly interesting and that I think are more relevant when looking at today workplace’s challenges.

A group of Harvard neuroscientists ran an experiment where 16 people were submitted to an eight-week mindfulness course, using guided meditations and integration of mindfulness into everyday activities. MRI scans show that the grey matter concentration increases in areas of the brain involved in learning and memory, regulating emotions, sense of self, and having perspective.

3. Meditation Is Good For Cellular Health

Positive psychological changes that occur during meditation training are associated with greater telomerase activity, according to researchers at the University of California, Davis, and the University of California, San Francisco. The study is the first to link positive well-being to higher telomerase, an enzyme important for the long-term health of cells in the body.
The effect appears to be attributable to psychological changes that increase a person’s ability to cope with stress and maintain feelings of well-being.

Focusing on the present rather than letting the mind drift may help to lower levels of the stress hormone cortisol, suggests new research from the Shamatha Project at the University of California, Davis. The ability to focus mental resources on immediate experience is an aspect of mindfulness, which can be improved by meditation training.

“This is the first study to show a direct relation between resting cortisol and scores on any type of mindfulness scale” During the retreat, participants were trained in attentional skills such as mindfulness of breathing, observing mental events, and observing the nature of consciousness. Participants also practiced cultivating benevolent mental states, including loving kindness, compassion, empathic joy and equanimity.

“The idea that we can train our minds in a way that fosters healthy mental habits and that these habits may be reflected in mind-body relations is not new; it’s been around for thousands of years across various cultures and ideologies,” Jacobs said. “However, this idea is just beginning to be integrated into Western medicine as objective evidence accumulates. Hopefully, studies like this one will contribute to that effort.”

A study led by Katherine MacLean of the University of California suggested that during and after meditation training, subjects were more skilled at keeping focus, especially on repetitive and boring tasks. This improvement persisted five months after the retreat, particularly for people who continued to meditate every day.

Also, past research suggests that meditation doesn’t have to be intensive to have an effect. One recent study by scientists at the University of North Carolina at Charlotte found that students were able to improve their performance on tests of cognitive skill after just four days of meditation training for only 20 minutes per day. On one particularly challenging computer test of sustained attention, students who meditated did 10 times better than a control group. They also did significantly better on timed information-processing tasks that were designed to induce deadline stress. 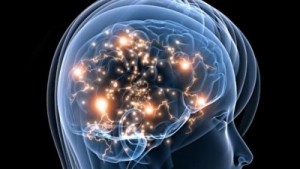 The information processing capacity of the human mind is limited, as is evidenced by the so-called “attentional-blink” deficit: When two targets (T1 and T2) embedded in a rapid stream of events are presented in close temporal proximity, the second target is often not seen. This deficit is believed to result from competition between the two targets for limited attentional resources. The study shows that meditation, or mental training, affects the distribution of limited brain resources. Three months of intensive mental training resulted in a smaller attentional blink.

MBSR is believed to alter emotional responding by modifying cognitive–affective processes. Given that social anxiety disorder (SAD) is characterized by emotional and attentional biases as well as distorted negative self-beliefs, the study examined MBSR-related changes in the brain-behavior indices of emotional reactivity and regulation of negative self-beliefs in patients with SAD. MBSR completers showed improvement in anxiety and depression symptoms and self-esteem. During the breath-focused attention task (but not the distraction-focused attention task), they also showed (a) decreased negative emotion experience, (b) reduced amygdala activity, and (c) increased activity in brain regions implicated in attentional deployment. MBSR training in patients with SAD may reduce emotional reactivity while enhancing emotion regulation.

Long-term practice of meditation increases grey-matter density in the areas of the brain associated with learning, memory, self-awareness, compassion, and introspection.

9. … and helps to recover faster from distraction

10. Initial results from a study of the effects of meditation on multitasking performance

Multitasking is not only a dangerous productivity myth, but it’s also a source of stress. “Changing gears” between activities is costly for the brain, and induces feelings of distraction and dissatisfaction from the work being done.
In a research conducted by the University of Washington and University of Arizona, Human Resource personnel were given 8 weeks of training in either mindfulness meditation or body relaxation techniques, and were given a stressful multitasking test both before and after training. The group of staff that had practiced meditation reported lower levels of stress and showed better memory for the tasks they had performed; they also switched tasks less often and remained focused on tasks longer.

There are really as many reasons as individuals as to why one would start practicing mindfulness. And proven scientific results might be one of them. It is really interesting to see how much science is now paying attention to a centuries-old practice.
I am not an expert in the field of neurosciences, and I only have developed interest for it in the recent years. But I really find it fascinating to see how much just 20 minutes a day of mindfulness practice can bring.